Using Punctuation to Make Your Point 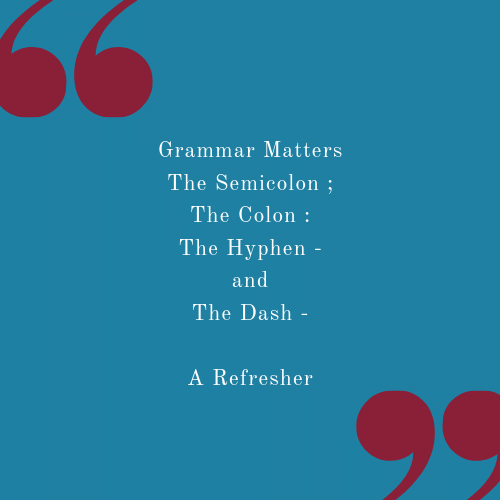 Grammar and punctuation matters. Misused punctuation marks can obscure the intentions of a written argument, court filing, or legal document, creating loopholes and misinterpretations. Alternatively, they can be the waiting opportunity you need to challenge a document and even impugn evidence.

For the purposes of this blog post, we’re addressing punctuation marks that are often used before, after, and between commas—but often without an exact sense of how and why they should be used. These punctuation marks are the semicolon, colon, hyphen, and dash. They make a difference when they are used! Don't worry. We are working on an additional blog post solely about commas. Because, well, they can be tricky!

Semicolons can be intimidating because they’re rather rare; they’re a bit of a power-play. Often enough, you can replace a semicolon with a period, creating two separate sentences. But not always!

Semicolons have three rules for their usage:

As such, the semicolon is not just “the other comma,” or a mark that is used because a comma already appeared in a sentence, as in this incorrect example: “The appeal might not work out, though; so we need to be prepared for that.” Rather, the semicolon signals connections between independent ideas that build on overarching ideas.

Colons are actually quite easy to master. Most of the confusion around this punctuation mark probably has to do with whether the proper mark is a semicolon, “ ; ” or a colon “ : ”.

Colons have two rules, and they both prepare you for additional information:

Hyphens combine words so that multiple words act on nouns as one word. They are a bit tricky, to be honest, because their called-for use sometimes depends on whether they come before or after the nouns they refer to.

The rules for using hyphens are as follows:

Hyphens are complicated, though, by adverbs. A newly licensed attorney is never “a newly-licensed attorney,” even though “newly” and “licensed” work together to describe the “attorney.” This is because the adverb gives more meaning to the verb as they both give more meaning to a noun. This rule is something of an exception to the hyphen rules, if it’s helpful to think about it that way. So the trick is just remembering that hyphens should never be present in adverb phrases.

Dashes are somewhat like momentary tangents. They interrupt a sentence and contribute more information to it.  They are typically non-restrictive elements of a sentence, which means they can be removed from the sentence without altering the sentence’s primary message.

The rules for when to use dashes are as follows:

Even though there’s a lot of flexibility to the use of dashes, they can’t necessarily be used to draw emphasis to a clause that sequentially follows another clause, as in this case: “When your attorney proposes a bold strategy—trust her, but be honest as well.” Dashes are all about additional information that bring additional personality or insight to a sentence; they’re not about the core of the sentence itself.

Have any requests for grammar and punctuation clarifications? We are happy to help! Contact us anytime at hello@SimpleLaw.com with your requests.

The grammar rules presented in this blog post were adapted from the following text: 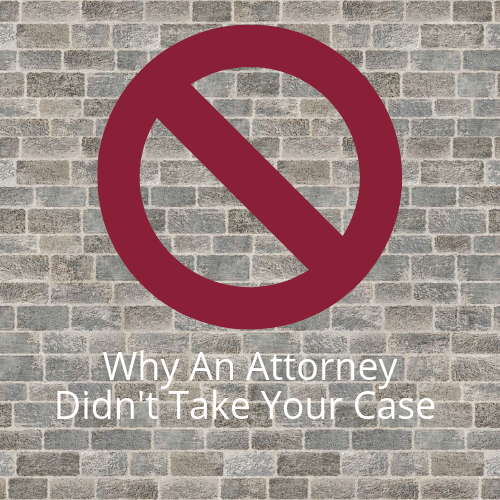 Why An Attorney Didn't Take Your Case

The College Grad's Guide to Networking for Attorneys