Wait, I Know How to Use Commas Correctly, Right? 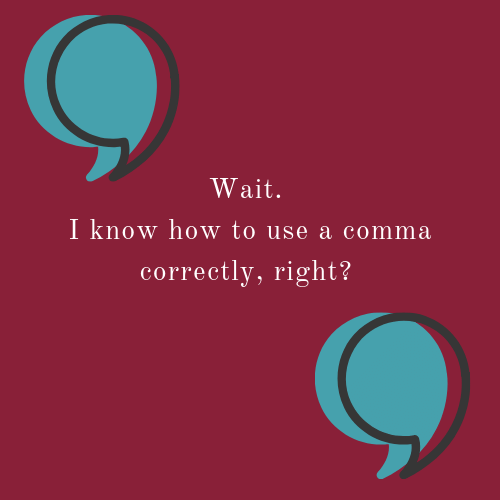 We recently wrote a post about the importance of good grammar called Using Punctuation to Make Your Point. In that post, we addressed the misuse and proper use of the semicolon, colon, hyphen, and dash. We did not address the comma, and for good reason.

The comma is probably the most elusive, tricky, and misused punctuation mark in the English language. That’s because it’s also the most versatile and frequently used one. Whereas the semicolon, colon, hyphen, and dash are each governed by 2 to 4 rules, there are 7 rules that demarcate the proper and improper applications of a comma in a sentence.

So we’ve decided to explore this punctuation mark in it’s own blog post. Hopefully, it can help you better convey what you mean to say in legal documents, court filings, and briefs.

Rule #1: Commas establish a pause between independent clauses that are connected in the same sentence by coordinating conjunctions (for, and, nor, but, or, yet, so).

This rule is often called the FANBOYS Rule. FANBOYS is an acronym and mnemonic device that grammarians use to remember the seven coordinating conjunctions that follow a comma:

This rule is also probably the most commonly known comma rule. We’ve already applied it in this blog post twice, and now we’ve done it for a third time. But it can still be misused.

In this example, there is no comma before the coordinating conjunction:

The attorney was calm when his client took the stand but he cursed when she lied under oath.

Without the comma, there is no pause between the sentence’s two ideas. While the lack of a comma here does not change the sentence’s overall meaning, it does not signal to the reader that they can and should pause between ideas, making both more digestible. It goes against our instincts as readers.

This rule is contentious. Grammar aficionados debate an essential aspect of it: the importance of the Oxford Comma, which is the final comma that appears in a list (or doesn’t appear in a list, if you advocate for that side of the argument).

Without that final comma, though, two of the three elements in a list can become the very things a sentence is directed at. And without commas within a list at all, a sentence can be quite strange!

Here’s an example of a sentence with all of the appropriate commas placed in a list:

The couple argued over custody of their two dogs, their son, and their daughter.

Alternatively, here is the same sentence without the Oxford Comma:

The couple argued over custody of their two dogs, their son and their daughter.

Without the Oxford Comma, the sentence seems to state that the couple’s dogs are also their children, which is charming to a point, but nonsensical more than anything—and thus cause for clarification.

As you can tell, we’re fans of the Oxford comma.

Rule #3: A comma should be included at the end of an introductory clause to establish a brief pause before the main body of a sentence.

Introductory clauses transition readers into sentences. They provide additional (and sometimes contextual) information that prepares the reader for the sentence and bridges the gap between sentences.

Introductory clauses come in many forms. They include:

Introductory phrases can come in all shapes and sizes. They can even be longer than the main sentence, though that’s probably a poorly written sentence. Even so, what’s most important for our purposes is that a comma is included at the end of them.

Rule #4: Commas should be placed between a series of consecutive adjectives that modify a noun.

You may not make use of this comma rule as much as others. Legal writing values concision, brevity, and matter-of-factness. If, for example, you’re writing a brief, an abundance of adjectives may distract the reader from your vital claims.

Here is a quote from a recent Supreme Court Opinion from the case Mitchell vs. Wisconsin with all of the adjectives (excluding those in quoted material) bolded:

A warrant is normally required for a lawful search, but there are well-defined exceptions to this rule, including the “exigent circumstances” exception, which allows warrantless searches “to prevent the imminent destruction of evidence.”

This excerpt has been edited to demonstrate Comma Rule #4, with the newly added adjectives italicized (excluding those in quoted material):

A warrant is normally required for a lawful, proper search, but there are well-defined, established exceptions to this rule, including the “exigent circumstances” exception, which allows warrantless, permissible searches “to prevent the imminent destruction of evidence.”

Although that sentence is grammatically correct, the additional adjectives are superfluous and redundant. As such, attorneys must weigh concerns about concision and clarity when it comes to this comma rule.

Rule #5: Commas should be placed around nonrestrictive clauses.

These elements can include:

Because of the nature of this rule, be sure that the information you will convey through nonrestrictive clauses is worthwhile.

Rule #6: Commas should be placed around words or phrases that interrupt the flow of a sentence.

This rule applies to interrupting phrases like “as such,” “therefore,” and “in fact.” Here is an example:

The evidence is so circumstantial, in fact, that it does not draw any legitimate conclusions.

The phrase “in fact” and the commas around it establish a pause and emphasize the sentence’s message.

This rule also applies to dialogue and quotations. Whether in fiction, research documents, or briefs, commas signal a break in the primary flow a sentence because of the inclusion of a quotation. Here is an example:

The attorney reminded the court that the witness said, “I was not present on the night in question.”

As we noted in our previous grammar blog, colons can also set off quotation. The previous sentence can be easily reworked so that commas are not needed to present the quotation:

The attorney reminded the court of what the witness had said: “I was not present on the night in question.”

As such, how you use quotations in a sentence will inform how and whether you use commas around them.

Rule #7: Commas should be placed around appositive phrases, which provide additional information about a noun.

This final comma rule follows the same logic as Rule #5 and #6. An appositive is a fancy term for a phrase that provides additional information about a noun (and typically the noun that is the subject of a sentence). Here is an example:

The firm’s main client, a 35-year-old marketing executive, is in the midst of a divorce settlement.

The phrase “a 35-year-old marketing executive” is an appositive. If this phrase was airlifted from the sentence, the sentence would not fundamentally change. We would only know a little less about the client. When you use commas around such a string of words, you indicate the importance of such information, but not its essentialness to the meaning of a sentence.

Now that you know all of the comma rules you’ll be able to take on any legal writing task with greater confidence precision, and eloquence. There is one caveat however. To be a skilled top-notch grammarian you need, to be able to identify comma errors, as well as apply commas correctly. In this conclusion, where have we misused commas? Let us know! 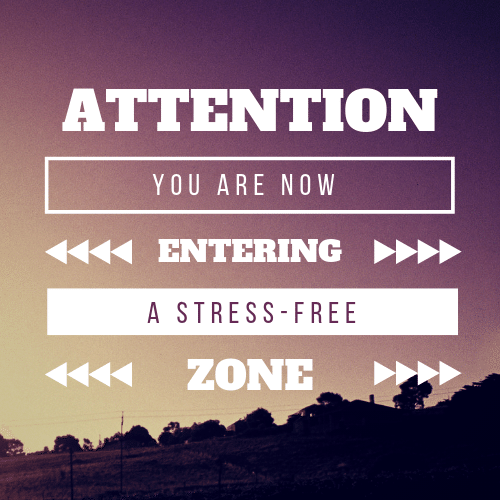 5 Tips for Working Remotely as an Attorney